Order Now!
The store will not work correctly in the case when cookies are disabled.
Skip to the end of the images gallery 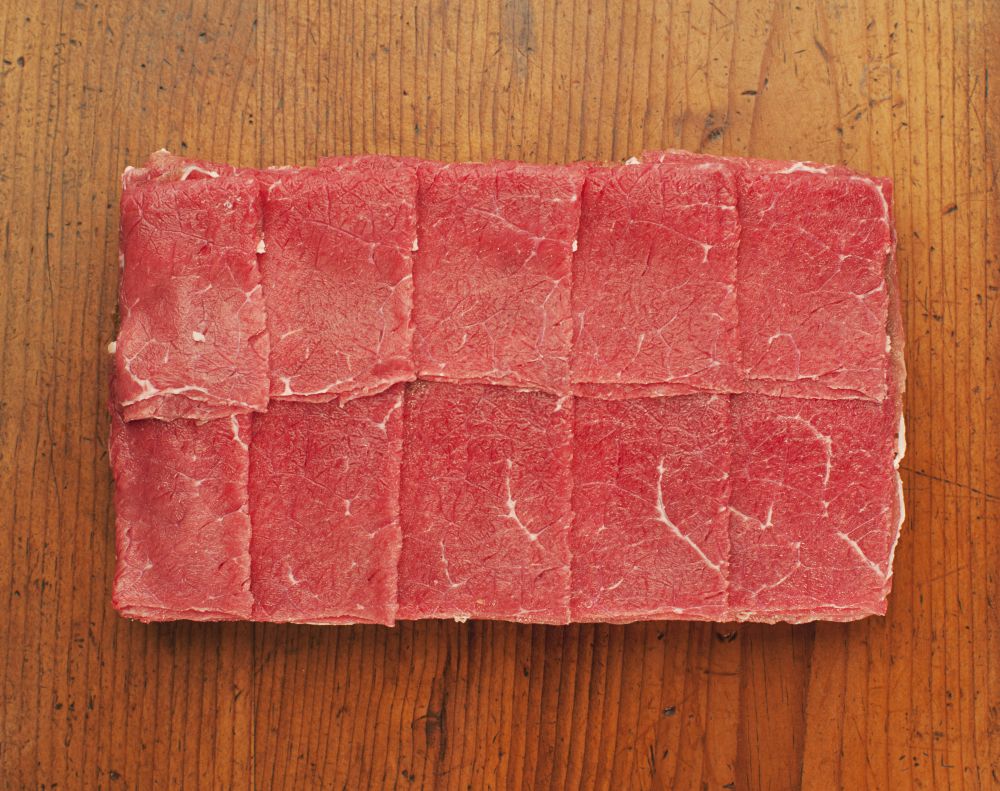 Skip to the beginning of the images gallery

Are you a fan of stir-fry or Japanese hot pot? You can prepare them in the comfort of your home!

Satisfy your cravings with ready-to-cook beef sukiyaki cuts from Tenderbites. Enjoy the sweetness and saltiness of sukiyaki. They blend perfectly with the beef and vegetables.

If you are a fan of stir-fry, Japanese hot pot, and Philly steak sandwiches, you will love TenderBites’ ribeye sukiyaki. This thinly-sliced ribeye is often the Japanese hot-pot dish of choice cooked on a shallow iron pan. Indulge in its salty-sweet flavor, thanks to the right balance of sugar and soy sauce.

The name “sukiyaki” came from the late 19th century when farmers would put their caught game animals on heated iron spades to cook the meat. There are two distinct ways ribeye sukiyaki is prepared, either boiled (Kanto-style) or grilled (Kansai-style).

Kanto-style sukiyaki mixes various flavors of soy sauce, sake, sugar, and cooking wine into a pot and boils the meat together with some vegetables. Meanwhile, Kansai-style sukiyaki grills the meat on a pan first to draw out the grease. Once done, water, vegetables, and other seasonings are added to cook with the juices drawn out from the meat.

Our ribeye sukiyaki at TenderBites is paper-thin strips, so it can easily absorb the flavors of your desired marinade. The thinly sliced meat also cooks faster and easier because it doesn’t take much time to penetrate its interior. Enjoy a burst of umami and savor with every bite of our ribeye sukiyaki.

TenderBites offers perfect cuts with our “any cut, any request” policy. Spend less time on meal prep with orders packed according to your preferred serving sizes. You may get your premium meat on a per kilo basis. Whether you need portions for single-serve meals or family feasts, TenderBites has it all. Add ribeye sukiyaki to your cart today.

Cut & Packed
How You Want It

Sukis who bought this also bought:

Is online shopping for meat a challenge?

TenderBites Real-time Online Shopping. It's like going there yourself, without the hassle.

Find a TenderBites Store near you

What goes well with ribeye sukiyaki?
Sukiyaki has a salty-sweet flavor and can be paired with traditional rice or udonyaki for a more delectable experience. Udon is a type of thick noodles that’s perfect for absorbing the juices of sukiyaki as you eat them.
How do I tenderize ribeye sukiyaki?
Sukiyaki beef can easily be tenderized by cutting it into thin strips at the right angle. Slicing across the grain makes the sinews shorter, letting you cook the beef faster. We suggest cutting the meat to paper-thin slices. You can quickly enjoy the beefy and umami-packed goodness of ribeye sukiyaki in a short amount of time.
How do I add flavor to ribeye sukiyaki?
You can marinate the meat in lemon juice or a sake/mirin/soy sauce combo to soften it and also give it flavor. Moreover, bring the meat to room temperature for 30 minutes before simmering it. 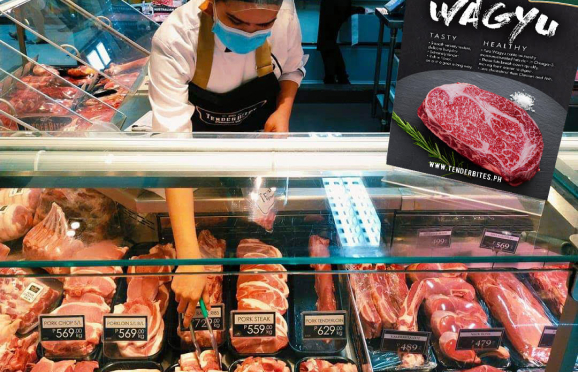 Get Personalized Cuts From The Country’s Best Butchers

TenderBites' Suki Experience offers you premium meat cuts exactly how you like them. Our team of skilled butchers helps you save cooking time by prepping your meat before delivering it straight to your doorstep. Whether you want diced cubes or a specific serving size, your favorite butcher is there to help you out. 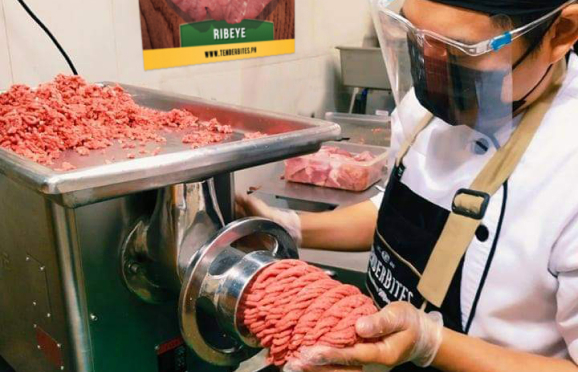 We pride ourselves on procuring a wide variety of local cuts and imported meats from countries like the US and Japan. TenderBites' catalog of high-quality meat includes authentic Japanese Wagyu, USDA Prime, and Certified Angus Beef.

﻿﻿If you're unsure which cut will work best for your meal, our skilled butchers will help you pick the right meat for a flavorful meal.